Western Indologists need to be countered by well researched and scholarly rebuttals like this.
I would also like to recommend, read ‘Battle of Sanskrit’ book authored by Shri Rajiv Malhotra Ji, on the point to point rebuttal to Sheldon pollack.

Samudra manthan (समुद्रमन्थन) or Ksheera Sagara Mathanam, Churning of the Ocean of Milk is one of the most famous periods in the Puranas. The story appears in the Bhagavata Purana, the Mahabharata and the Vishnu Purana.

One of the most celebrated epics of Hinduism detailing the creation of amrita, the drink of immortality. And also, one that is FILLED with symbolic references.

I will proceed to demonstrate, by a series of logical arguments, to showcase my two cents on this well-recorded Hindu event.

The Samudra manthan is a celebrated Hindu myth that is rich and myriad in references, and is even today, celebrated among the Hindus.

SETTING THE SCENE (The Curse of Sage Durvasa)

The ‘Durvasa Rishi‘ is known in Hindu mythology as having an extreme temper. Once Indra was travelling the Heavens on his elephant Airavat when he came across the great sage. Durvasa offered him a garland that Lord Shiva had gifted him, but Indra’s elephant crushed the garland by trampling on it. Durvasa then cursed the Gods that they would lose their immortality, power and wealth.

Lord Vishnu, the Preserver of the Universe, offered a solution to the Gods: The drink of immortality (Amrita) was the ONLY way the Gods could re-obtain immortality.

In the meantime, the asuras or demons, under the leadership of one of their best kings ever (King Bali) had taken control of Earth and then Heaven. So, obtaining amrita was becoming less a choice, more a compulsion for the Gods!

PACT BETWEEN GODS AND ASURAS

The Gods were too weak to churn the entire ocean by themselves, they had to rely on the co-operation of the asuras. Following a detailed discussion that happens between Indra and Bali, the two kings decide to co-operate as the end result was that both parties receive amrita as the fruit of their efforts.

Hence, it was a fair deal that was agreed upon……..without any hidden clauses!!!

Mount Mandara was to be the pivot, around which the ocean was to be churned. This “ocean” is in fact, the Sea of Milk or the Kshira-Samudra on which Vishnu resides ordinarily in the Garbodakshayi form on the serpent Sheshnaga.

And Vasuki the King of Serpents, who resides on Mahadev’s neck, was made the rope. One end would be held by the Gods and the other end by the asuras………

Vishnu’s analytical reasoning and spot-on understanding of the asuras..

This minor incident, which is overlooked in most narrations, highlights the God’s crucial understanding of the psyche of the asuras.

Outcome: The asuras feel “insulted” that they are asked to hold the tail of the serpent, which is an insult. (In Hindu culture, the head is the most important part of the body, and for creatures, the tail is the least important part)

Hence the asuras willingly walk into Vishnu’s play of reverse-psychology and swap directions………now, why does this matter ?

When the churning begins, the great serpent Vasuki starts spitting out copious amounts of venom (represented as fire from the multiple mouths of the serpent).

As the Gods are towards the tail end, they are less affected by the poisonous flames!

THE ONSET OF THE SAMUDRA MANTHAN: Difficulties and Symbolism

Upon beginning of the churning, the asuras, in their over-enthusiasm, exerted more force compared to the already weaker Gods, and this resulted in an imbalance, and Mt. Mandar began to sink into the Kshira-Samudra.

The symbolism here is that the ocean represents the unknown, unfathomable depths of knowledge. And the unknown has the power to make even a mountain unstable.

It was then that Lord Vishnu takes his second incarnation of a tortoise or Kurma and supports Mt. Mandara, following which the churning resumes. This goes on to show that nothing is impossible, when the Supreme Lord wishes so.

The first thing that evolved from the churning was an all-consuming, supremely powerful poison called Halahal, which gave off such poisonous fumes that both parties began to die from asphyxiation.

The poison is symbolic of all that is unknown, lethal and dangerous in the oceans. Even today, man has not completely conquered the ocean, my interpretation is that the Vedic texts attempted to convey this same message to mankind.

Only Lord Shiva holds the power to survive this poison, so he drinks the poison, which starts to have its devastating effect on Shiva. Witnessing this condition, his wife, the Goddess Parvati places her hand on his throat, and as she is an anthropomorphic representation of Nature, she is successful in localizing the poison’s effects to Shiva’s throat. This is meant to show the love and understanding between a couple. Shiva-Parvati represent the ideal couple, and hence, this is a symbolic reference to their mutual love, respect and concern for each other.

Because of this, Shiva’s throat turns blue, and he is also known as Neelkanth  (Sanskrit: Neel=blue, kanth=throat)

Following this, 13 gems or Ratnas emerge from the churning, some of them have symbolic insight. (Halahal is considered the first Ratna in some versions, making the total up to 14).

The final result of this churning is the emergence of Dhanvantari, who is then appointed as the Physician of the Gods. He emerges with a kalash (a metallic pot or vessel) that contains amrita, the drink of immortality.

The demons chase him and manage to snatch the pot of immortality, but then quarrel among themselves. The Gods immediately rush to Lord Vishnu to help them.

Lord Vishnu, realizing that evil cannot be made immortal, incarnates into Mohini, a supremely beautiful lady, who is successful in enticing the asuras. Mohini suggests that she divide the drink equally between both parties.

Except that she uses Maya (illusion) to swap vessels every time she serves a demon, thus ensuring that evil does not become immortal.

When one of the clever demons himself uses illusion to make him look like a God and drinks the elixir, Mohini reincarnates to her true form as the God Vishnu and uses his serrated discus called the Sudarshan Chakra to cut off the demon’s throat.

However, the head of the demon, which had drunk the elixir becomes immortal!

That, pretty much is the story of the Samudra Manthan. The story has multiple symbolic messages, but for me, the most erudite of them all is the fact that Good always triumphs over Evil.

Having started the morning with high hopes and much better inter-communication, the evening brought down all the glimpse of long old confrontations.

Today, I hurt her again, despite my cautious efforts of not hurting her even a bit. Because of me she faced security risk problems for a period of some few hours. I should have taken care in this, as her security is my priority, because of kind of situation she is in right now.

Later, I had to listen to her straight talks. She told me that every-time she has to face problem because of my efforts. She even said that I am a good for nothing guy, having bad professional expertise in my own profession of IT. (She may not be aware of the fact that, I am not a core IT professional, but Digital IC design engineer.. but that does not matter.).

I felt guilty on this.. because of me she had to face problem at her place, where no one is there to help her out, not even me. I got really afraid at that moment, and was imagining that, If this time, things don’t get resolved, then I will be the one who has to face this guilt for a long time to come.

But, by good fortune, we both together, worked towards the solution and got rid off the problem. That, helped in relieving the tension between us.

But, one point which made me sad was that, she referred me a good for nothing guy and left me in deep thought of self-confusion about my ability at that moment. When I again put my head on the complete sequence of events, I realized that, she was tension and this could happen to anyone.

This guilt kept the pain alive for the entire night… 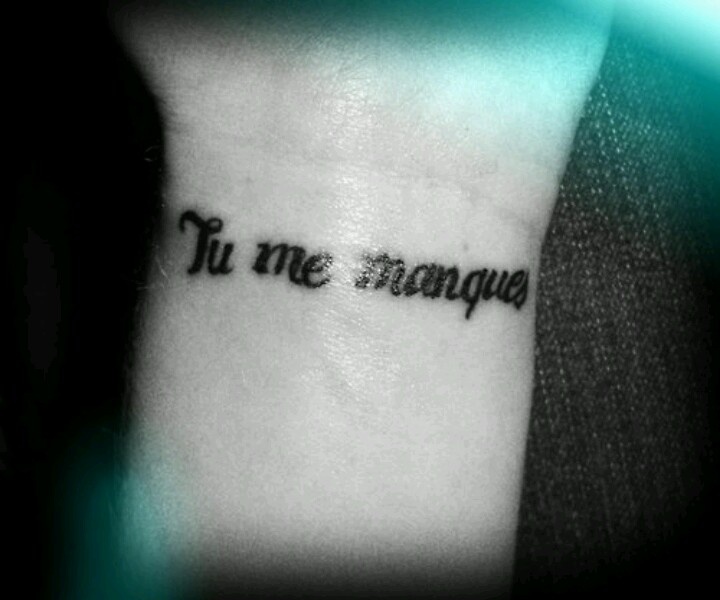 I am tired of trying, I am tired over crying, I know I am smiling but inside I am dying.

This blog is dedicated to the idea of establishing the Dharma Rashtra, as a counter to the various other civilization ideological nations. I will try to keep the blog updated with new articles and blogs from varied topics which comprise in setting up a notional Rashtra based upon Dharmic civilization. The topics I will cover will range from Ancient history (including critic of AIT and PIE), Current affairs, geopolitics and Intellectual battlefield.

Personally, I have been inspired by Indian-American scholar Shri Rajiv Malhotra Ji, who has created a storm in the traditional compartmentalized ecosystem of current western (in cahoot with Indian academic scholars).

I really, welcome decent eudite comments and discussions, rather than knee jerk reactions on my blog. Since, I have never used these kind of blogs before, and not have expertise in scholarly writing skills, but still will try my level best to organize the blog nicely with clear write-ups.

I will also have my own personal life’s events in the category section, in case you want to know more about it. 🙂

Thanks for giving your valuable time on my blog.

I am tired of trying, I am tired over crying, I know I am smiling but inside I am dying. #TuMeManques #Me